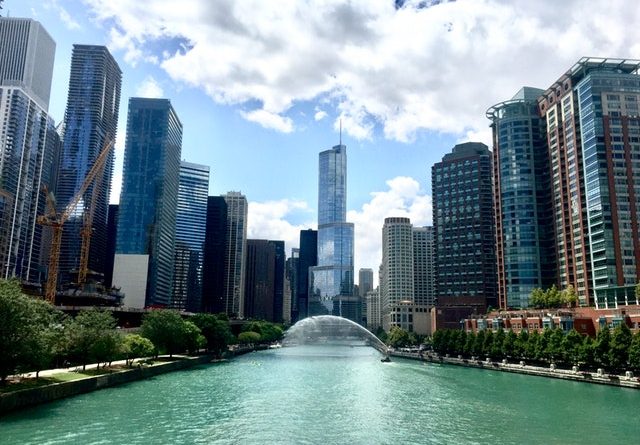 Well, it seems that the whole state of Illinois is losing its population. There are many reasons for such a demographic change but it seems that Chicago is the reason. As its economic engine, Chicago is struggling. It has lost over 13,000 people in two years. The exodus is not only affecting the metropolitan area but the suburbs as well. But why is this happening? What are the reasons for moving out of Chicago today?

It seems that Chicago is the main reason for Illinois exodus. In the last few years, the whole state is experiencing a decline in its population. The decline is visible in all parts of the state. The primary reason is the outward migratory tendency. It is also combined with the aging population, declining birth rate and stagnating international migration. Other Midwestern states are also experiencing the same demographic change. However, it seems that the negative trend is strongest in Illinois and particularly in Chicago.

Reasons for moving out

There are many reasons for this Chicago exodus. However, it is important to list some of the predominant and most notable:

Chicago is experiencing a decline in economic activity in all areas. It is experiencing a lack of investment in local communities that are generating jobs and income. Lack of job opportunities may be the primary reason for people leaving the city. At the same time, high taxes are making life almost too expensive. The city is also in debt and has political and public leaders that are not addressing these core problems that are driving people away. These are the primary reasons why professional movers like golansmoving.com are in high demand.

Chicago is well known for its cold weather. Winters tend to be brutally cold and last too long. The weather conditions also tend to get worse with global climate change. This means that the weather will only get worse in the future. With it affecting everyday life, schools, local businesses, and traffic more and more people opt to relocate to other places.

The traffic is always one of the biggest problems of metropolitan areas of most big cities. Chicago is not an exception. It is considered to be even worst than in most cities. Chicago shows that people tend to spend 25% more time stuck in traffic than in other cities.

The city has always been one of the more expensive. It is not an economical place to live in with the high taxes and almost unaffordable rent. Other amenities are also more than 20% higher than the average.

Chicago has also been plagued with high crime rates in previous years and this is another reason why people are moving out of Chicago. The crime tends to be higher in the metropolitan area than anywhere else. It seems that the economic decline, lack of job perspectives and high cost of living is the primary factor for high crime rates. These are a deterrent for anyone looking to move to Chicago. It is also a primary reason for families leaving the windy city lately. The demand for reputable movers in Chicago is high. If you are leaving you must know that Mount Prospect experts transport your household items and provide other moving services.

So the Chicago exodus is continuing. With so many reasons more and more people are leaving and moving out of Chicago. But this is just a basic list of reasons. Research Chicago to get insight into changes that are causing the population to decrease in Chicago.