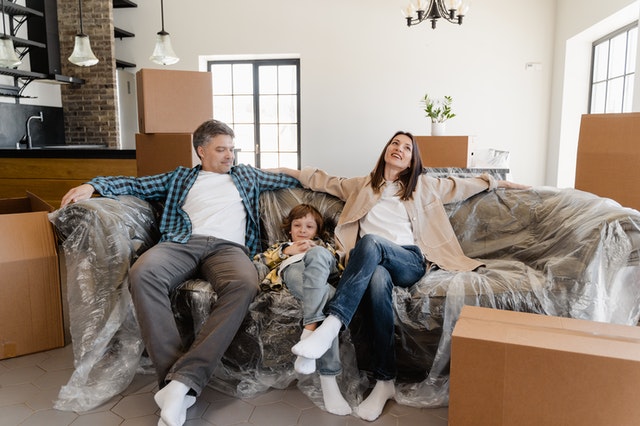 It is important to understand one thing for starters. Moving costs. It costs money, time, and energy. All three resources are scarce these days. Especially with people that try to organize their own move. It seems like a straight choice, not even a dilemma, the topic from the heading. But is it? One would think that you just should buy the best that you can afford at the given time. I would like to see into that. In this day and age, the amount of money a person has available, or a job that same person has, may not be that certain. Bear in mind that there was a major economic crash, ten years ago, and the world is still recuperating from it. In that light, it seems like a fair idea to take a second glance at whether moving gradually or moving big is better.

We would all like that dream to come true. You know the one. Nice, two-story house and a big, green lawn in front of it. White picket fence. Two-car garage. Big tree with a treehouse. Swing on a fat branch. Big swimming pool in the backyard. Kids laughing. Running. You sip lemonade, or a coffee on the porch. All of that in the nice, safe neighborhood. Not that far from where you work. Beautiful. And very expensive.

Especially in this economic moment. Planing the finances for the home as big and as comfortable takes a lot of effort, some guessing, and a dose of luck. Effort on the side, I would like to imagine that anyone with the ambition to move big is willing to put some in. Guessing and luck are the focus points here. We need to make those as minute and uninfluential as humanely possible.

This is the way in my opinion. Essentially, the logic is, smaller bites are easier to digest. Starting a home, starting a family, in the majority of cases happens in a few steps. Take family as an example. A person needs to meet someone they feel comfortable and secure enough around to get on the family starting path. In that manner, but bearing in mind that doesn’t come as easy as I wrote it, they start living together.

Planning children, with its own living space requirements comes next. Having one, then another, then another, maybe, all have their own needs. But, the great majority of cases come in a row. One after another. Moving gradually, if you will. This is what I would like to put a spotlight on. The steps.

Writing all of this, I presume that the people who will be interested to read it are the ones interested in making logical, frugal choices. Those born with the silver spoon in their mouth usually have someone to take care of the prosaic stuff. On that subject, I presume it is okay to say that there are cases when a person, or a family, caused by an unexpected life event, may need to make a bold decision to bite off a huge chunk and to venture into the uncertainty of an unplanned big home move.

To those few, whatever the reasons may be I can only wish all the luck they can get. In all other cases, the moving process should be the follow-up of the events in other areas of life. It should effectively happen when there is a reason. This may sound like saying that the sky turns blue in the morning, but there is a method to the madness.

Go with the flow.

Once again, the idea of moving home should be sparked by some capital life event. The scale of the event should influence the scale of the move. Moving to go to college, you will try to get a place on the campus, or a room in a shared home.

Moving to a different city for a new job, depending on the job and the salary will dictate the sort of place you will look for. If you have landed a job you have always dreamed of, but it is not as well paid as you expected, the place you pick will need to be chosen accordingly. The number of children, hence the number of rooms needed, whether they plan more children and if yes, when. Remoteness in regards to the place, or places of work.

Every little detail will make the difference when thinking about whether you choose moving gradually or moving big. For example, if one spouse works outside of the home, and the other stays at home, or works from home, maybe a study needs to be planned into the move, depending on that.

Moving big may be the best choice if you have, perhaps, become the proud parent of twins or triplets. In that situation, given the spatial requirements of that situation, it is the best option to bite it off as big as you can and get yourselves into the process of, as sea anglers would say, fishing for the cow tuna. Room for parents, room for each of the children, big living space, big kitchen, big garden, spacious cellar, the whole nine yards. It is the best way to fulfill the needs of a big, growing family. In such cases, the dilemma of whether to move big or to take a gradual approach simply isn’t there.

The subject should become on to with great care. Considering the economic climate, the difficulty with which the average worker earns his paycheck, the ever-growing need for living space has never been bigger. Smart choices in this field of moving gradually or moving big may contribute to a much safer tomorrow for those who are willing enough to dig in deep enough into the market. It will pay in the long run.