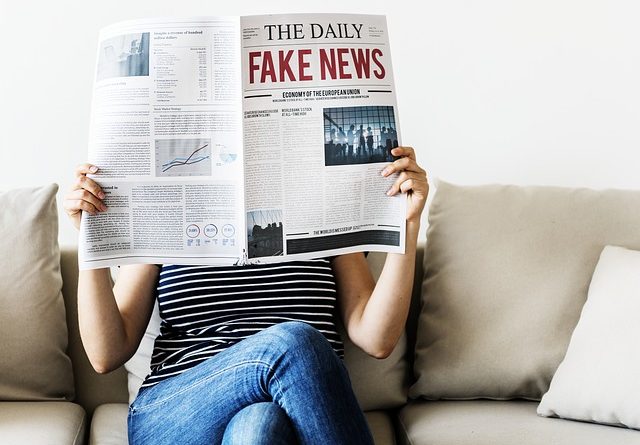 In your search for a trustworthy moving company, you can stumble upon many different offers. Some of them might sound too good to be true so it’s in your best interest to take some precautions. Like in any business, especially if the source of information is the internet, being trustworthy is one of the most valuable things. So, how do can you tell which company is genuinely honest and professional, and which one is not? Usually, you start checking what other people say about them online. But, reviews can often be misleading and making the wrong choice will, eventually, cost you money. In order to avoid that, you can learn how to recognize fake online moving reviews.

Why do fake online moving reviews even exist?

First of all, the purpose of reviews is to share previous experiences whether they are good or bad. It is to give some kind of good rating to the companies which deserve it and eliminate dishonest options. They can be sort of a guide to help other people making their own decisions. In reality, it’s not always so. Why? Because many shady companies are using fake reviews and even paying professionals to write them. The moving industry is a very competitive industry, so they are trying to get as many clients as they can. Even if that means using some cheap tricks to beat the competition. It’s in your best interest to know how to distinguish fake from honest reviews to avoid any moving mistake.

A few things you can find out in reviews

What fake online reviews have in common?

There are a couple of common things you can learn to recognize fake online moving reviews:

They are extremely positive

Pay attention to extremely positive reviews which sound more like a commercial than a description of the experience. Even if we, as ordinary people, can be really satisfied with the service, it’s not likely we will praise the company out of proportion. First of all, people are paying for the service and expectations are they will get what they paid for. If everything went well, then the simple professional confirmation with the slight dose of respect is what we usually do. Not more, not less. However, there are some situations, like dealing with fine arts, when this is not necessarily the rule of thumb, and they are easy to spot.

Some reviews are unusually negative

Another side of the same coin that you can see some companies’ are “bombarded” with dozens of negative reviews. It is really unusual especially since you will notice that the span of reviews is over a short period of time. First, the company that is doing so badly would be out of the market pretty fast, but surprisingly it’s not. Second, since the competition is huge it’s logical that some people are using everything they can to destroy their competition. Even if it means using dirty tricks like writing negative reviews to decrease the rating of their “opponents”. Even some unsatisfied ex-employee may do this because of revenge.

The lack of important details

You can notice that some reviews are long and say a lot of things, but in essence, they say nothing. The lack of important information like satisfaction about a particular service could be an indicator that something is not right. On the other side, comments like “wow”, “superb”, “good job”, and “very pleased” just sound too generic. They can be a red flag showing reviews are fake, or they can show people are just too lazy. They don’t have to be fake but are most definitely useless, and someone who is really satisfied with the service will not leave such a vague review. To conclude, when there is an evident lack of important details it is easy to recognize fake online moving reviews.

Too many unnecessary details

It is not likely people will sit with their computers or phones and write an essay about complete service and experience with the company. Moving can be really exhausting, and we always have something “more important” to do than to praise something we couldn’t wait to end. Out of respect, we will leave the comment or a short review showing that the company was professional and such, and that’s it. Usually, that’s just it. No hundreds of details with fake enthusiasm about it. We can be excited about living in a new place but the moving process is just a step toward it.

If the review sounds too friendly and unnecessarily personal, there is a great chance it’s a fake one. Also, if it sounds too professional and formal like a government report, it’s probably one of the features that can help you recognize fake online moving reviews. Again, hundreds of people – hundreds of personalities, but it’s really rare to see such a review to be an honest one.

Now that you know several ways to recognize fake online moving reviews, selecting a trustworthy and reputable company should be much easier. You will know how better choose the service you need and you will not put yourself at risk of losing money. The best thing is, you can apply these principles when checking any company, not only moving companies.