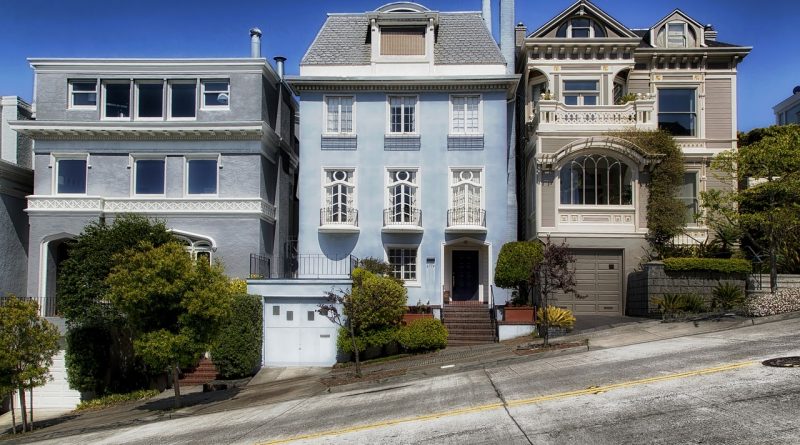 Moving preparations
December 27, 2018January 4, 2019 Saskia N. 0 Comment decide where to relocate, where to move to

San Francisco is a city that is settled in California. Even those who have lived here for years haven’t scratched the surface of everything there is to experience in this dynamic city. From vintage and bohemian poetry shops to world-renowned museums, funky art galleries, high-rise condos, famous live music venues, and Michelin-starred restaurants – San Francisco has everything your heart could desire. The amount of districts that San Francisco has is often disputed, but the city is thought to have at least 27 different neighborhoods. Each of them has their own unique personality and draws. So, when looking for the best neighborhoods in San Francisco it’s recommended to see as many as you can to get a feel for the many sides of the city.

You should know that San Francisco is one of the best cities for startups and entrepreneurs in the US. So you can’t make mistake by moving here. Just be smart and choose your neighborhood wisely. It’s important to do the research of your new potential neighborhood. Walk around to see if you feel comfortable there. Check crime statistics, but remember that a neighborhood is more than just its stats.

The most important thing is to figure out if the neighborhood is right for you in your current stage of life. You have to prepare for your upcoming relocation. If your career requires you to drive you might prefer living in a neighborhood where most homes have a garage and easy freeway access. When you are choosing the best neighborhoods in San Francisco you have to think about your future. How long do you plan to live in this home? A property in an edgy neighborhood might be fun if you are young and single. But if you want to start a family within the next few years, the downsides, such as trash on the streets and noise from the nearby freeways, might become a problem.

Alamo Square is one of the best neighborhoods in San Francisco. If you like the iconic Victorian architecture and snapshot-worthy views of San Francisco then Alamo Square will be a perfect choice for you. Casual restaurants and cool shops add to the charm of this everyday neighborhood’s historic architecture and sweeping panoramas of Downtown. Not known for its rowdy nightlife scene, livelier neighborhoods like Haight-Ashbury and Hayes Valley are right next door.

Civic Center is located in the heart of San Francisco. Home to City Hall and surrounded by many important-looking buildings. Civic Center is the city’s main site for culturally significant activity. With an opera house, a library, a museum, and two plazas, this neighborhood is known to become seedy after sunset.

Downtown or Union Square is a center of the city. It’s surrounded with the stream of sights, sounds, smells, and places to shop. This neighborhood is known for 24-hour activity. The bright lights of the Downtown act as a radar for all those who are looking for a fast and urban atmosphere.

The Financial District is known as one of the best neighborhoods in San Francisco. Also, it’s responsible for San Francisco’s most recognizable skyline. Financial Districts has many entertainment centers. Like many businesses in this old district, the Punch Line Comedy Club is the oldest of its kind in the city.

If you want to buy a home, Glen Park is on the list of the best neighborhoods in San Francisco. The neighborhood’s pleasant streetscapes and village vibe give its coffee shops, organic markets, and independent boutiques an undeniable charm. This gentle neighborhood offers more than simple small-town treasures. Glen Park also boasts seventy green acres and miles of hidden nature trails.

Mission District of San Francisco has deep Latino roots. Dating back to the 18th century, this is the oldest structure in San Francisco, and it gives the city its name. If you want to stay somewhere diverse and vibrant, this is definitely a good place for that. You can discover the area’s street art and the murals in Clarion Alley, chill out in Dolores Park, where on the weekend you’ll find picnicking hipsters and locals walking through. Also, you can search the colorful streets for new and exciting restaurants and peruse the numerous of bookshops that Mission District boast. First and foremost, however, this area is mostly known for its Mexican community. So if you’re in need of a burrito – or other tasty snacks from south of the border – then Mission is the place to be.

The Marina is a coastal area of San Francisco. Known for its year-round pleasant weather and its even more pleasant views. It’s one of the best places for running, bicycle or simply walking along, taking in the fresh sea air and the uncluttered skyline. There are a lot of green spaces in this area, making it feel especially separate and chilled compared to the streets and buildings of other areas further inland. One, in particular, Marina Green, is quite famous for watching events like the 4th July fireworks display over the bay. You’ll be able to see the Golden Gate Bridge as you walk around. A small detour inland takes you to one of San Francisco’s newest and biggest parks, The Presidio.

Preparing to buy a home can be an intimidating prospect, especially in an extremely competitive market like San Francisco. Buyers have to be aware of that buying a home in San Francisco won’t be easy or cheap. The best advice would be to find a great agent. When you find a perfect place among the best neighborhoods in San Francisco, it’s time to spring into action. It’s time for making a deal. When you go to buy a house, you’re certainly hoping to get the best price and terms.