In the age of the internet, so many new business opportunities have flourished. The very face of business has changed. Opposing the heavy, robust corporations now stand the small entrepreneurial associations – small players maybe, but with big dreams. Tech startups pop up all over the globe at a record pace. It is not strange to find out about the hottest new gaming startup appearing in countries like Serbia in Europe, or anywhere in India. However, it seems that these startup hubs do not appear completely randomly. Looking at the US map, some notable places for startups do seem to follow a certain kind of logic. Sometimes it’s the closeness of a good tech university. Sometimes it’s about cheaper taxes. For one reason or another, we’ve compiled some of the best cities for startups and entrepreneurs you can find in the USA. 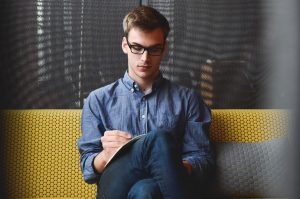 This doesn’t really come as a shocker, San Francisco is still the hot spot for startups and entrepreneurs like none other. The city’s rich history of entrepreneurial success stories still attracts so many dreamers. The proximity of Stanford University means a lot of fresh graduates get scouted by big tech companies such as Facebook, Apple, Google etc. The downside of San Fran is that now, due to so much money pouring into the area, it became super expensive.

Currently, Minneapolis (along with St.Paul – Twin Cities) has a startup growth of stellar 121.3%. If you are in tech, your salary in Minnesota will be twice the state average. Did we mention that Minneapolis is an inexpensive, yet wonderful city to live in? All these features make it one of the best cities for startups.

Similar to Minneapolis, Austin also has a huge growth in 2018. This Texas hub has around 6,000 startups sprinkled around the city! It also features big players just like San Francisco. Also, similarly to the Bay Area, it is packed with educated, capable millennials. Life here is twice as less expensive than in SF, and the cultural life and dining scene are fantastic. Yet another hot city for entrepreneurs.

Another Silicon Valley city on this list, San Jose has a thriving startup scene filled with college graduates ready to be employed. The downside to San Jose is that it’s insanely expensive. At least you will enjoy some nice California Weather!

The capital of Ohio is the hot new city for startups. It shows a great number of startups and in 2017 it scored a $277 million grant from Smart City for its infrastructure. It is also very inexpensive, compared to the Bay Area, but the downer is that there is not much cultural life going on. Oh well, at least you will have no distractions from your work!

The legendary Music City, home of country singers such as Johnny Cash and the whole Nashville scene, this Tennessee city is now becoming your next hottest city for entrepreneurs. It has a very healthy startup growth of 96%. It is also on the cheap side of our scale here.

Grand Rapids is the home of some fast-growing IT services and consultancy industry. They serve companies around the world, some of which are included in the Fortune 500. The region has roots in manufacturing which has, in turn, created a local tech industry centered around human design.

Portland’s startup growth has been going quite strong in the recent years. That, and the fact that living here is inexpensive but quite artsy and chill, makes Portland one of the most desirable cities for startups and entrepreneurs.

Denver is a young city which looks after its youth. It has the lowest unemployment rate of all of the mentioned cities in this article. Its living costs are quite expensive (close to San Francisco) yet its beautiful surrounding mountain sites and comfortable transportation make it quite cool for a startup city.

Deciding the place and next steps

Deciding on starting an entrepreneurial adventure, or moving your already existing startup is not an easy task. What should definitely influence your decision on where to plant your startup is the kind of industry the city excels in. Also, if you are looking to start a career after recent graduation, you might want to do some research on the startups which give opportunities to fresh graduates.

It’s important to keep an open mind about the city where you could make a new start. The Bay Area is, of course, the Mecca for the entrepreneurs, although it seems to be too gentrified to be a real option for small (but ambitious) entrepreneurs.

The whole Midwest seems to be the new thriving area for startups. It is inexpensive, people are kind, and is definitely worth researching the specifics about America’s Heartland. You might be surprised by the opportunities there!

Another list of best cities for startups and young entrepreneurs

If you need to move, hear this

Sometimes, it so happens that you need to move promptly in order to fill a position offered. If this is the case, you will want to research some last minute moving tips.

Sometimes, it also happens that you need to make a big move across the country. Moving far away is no easy business. Along with the work-related focus and daily tasks, you might want to research some professional movers to help you do the job. You can even find some professional services dedicated to long distance moves. And sometimes it may even be enough to summon your friends to help you out. If this is going to be the situation, let them do this for you!

Whatever your area of expertise or interests is, you should definitely keep in mind that the list of the best cities for startups is constantly changing. Be ready and open to hearing about how things are developing!